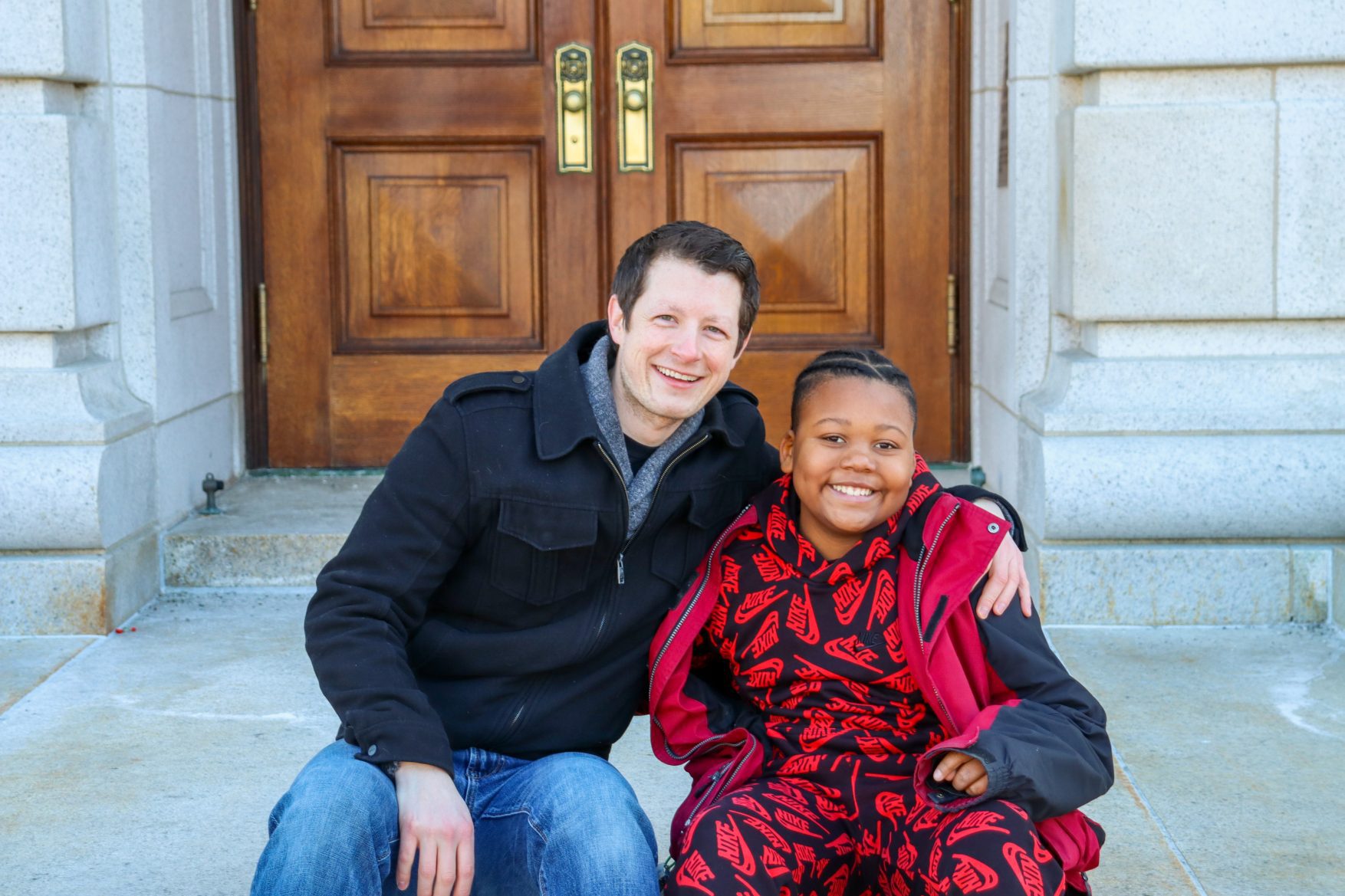 Big Brother Dan was matched with Kordell in 2018, and they hit it off immediately on their first outing to Java Cat, where they connected over hot chocolate and games. They continued getting together weekly, with Dan showing up for Kordell’s soccer games and birthday parties. When COVID hit in 2020 and they had to move their relationship online, they stayed connected with regular FaceTime visits, even developing their own book club. The pair would pick a book and challenge each other to see who could read the most chapters and then discuss it on their next call.

Thanks to their solid foundation and mutual commitment, they were able to grow stronger during their time apart. The last two years brought a lot of transition for Dan, with a move to Milwaukee and the birth of his first child (who Kordell sees as his own little brother). But despite these major life changes, Dan continues to prioritize their Match. He helps with school, sports, and life issues. He supports Kordell in navigating the unexpected. And he educates himself to become Kordell’s ally and advocate. Both Dan and Kordell know that while life will keep changing, their bond is strong enough to stand the test of time.

“Despite a move last year to Milwaukee, Dan continues to be a consistent presence in Kordell’s life. That means if he says he will call or do something with my son, he will make the time to do it or he will arrange for them to do something else. He checks in to make sure he is doing well in school academically and socially, which is very important to me. Dan has also broadened his education for African American culture to better understand Kordell and to help combat racism.  This is who I want in my son’s life and I could not have picked a better match myself.” – Kordell’s mom, Kristel