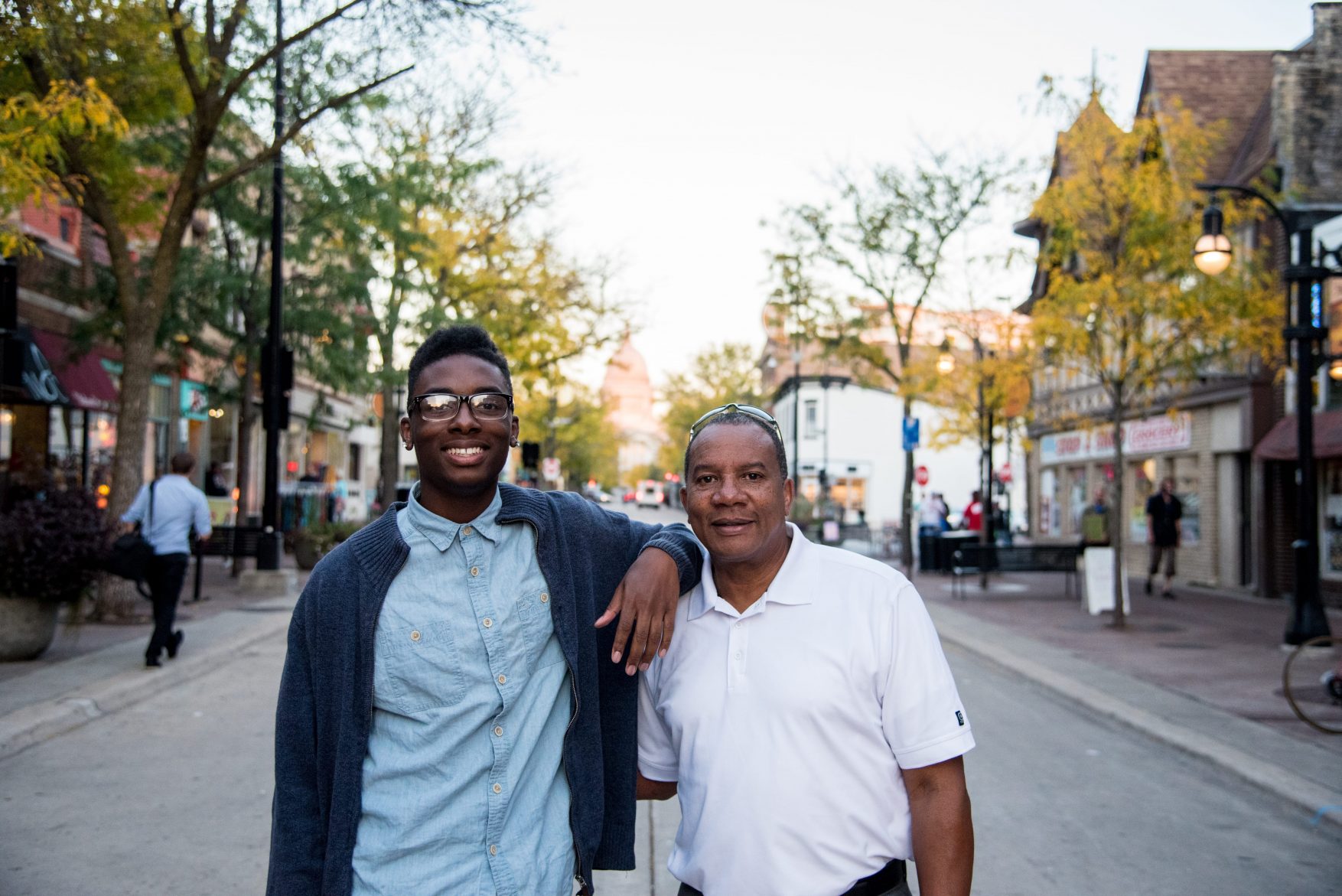 When Big Brother Kevin was young, his grandfather and uncles were strong male role models. He watched and learned from them. Their influence inspired Kevin to become a mentor – first in his home state of Michigan and again in Wisconsin. Kevin decided to become a Big Brother through Big Brothers Big Sisters of Dane County, citing two reasons for his decision:

1) The educational achievement gap of black and minority students.

2) The absence of positive male role models in many homes.

In 2000, Kevin was match with his first Little Brother. For the next 10 years, Kevin provided encouragement, support, guidance and constructive criticism.

In 2011, Kevin signed up, once again, to become a Big Brother and was matched with 11 year old Little Brother Aden. The activities they do together are infused with lessons to ensure Aden is developing into a young man who understands his potential is unlimited. Some lessons are straight forward, like helping with homework, others a little more hidden like demonstrating the importance of keeping commitments. When Aden’s basketball team needed a new coach, Kevin stepped to the plate, and was at every practice and every game.

Little Brother Aden, is not so “little” anymore. As a 17 year old, senior at East High School, he towers over his Big Brother. But he knows that his Big Brother is always there to lean on.

Kevin has had a huge impact on me. He has taught me so much in life. He helped me become the young man I am today. Whenever I need him, he’s always there.

Aden is now setting his sights on veterinary school, with his Big Brother beside him, supporting him along the way, encouraging him to dream his biggest dreams.